Investing, markets, and the Brain are complex - folklore, urban legends, and phrases about how the market works can lead us astray, because they are rarely accurate. Do we really only use 10% of our brains? Short sales are rarely the simple inverse of a long sale - learn 3 strategies for investing success in short sales. Are emotion and reasoning connected? A monkey cannot out perform an investment professional - the monkey doesn't know about the 10% of stocks that out performs every-time. Also, learn what became of Einstein's brain after he died. In investing, does the "rising tide lifts all boats", will you always be a winner in investing?

Investing Myths: Less of a Myth and More Contradictory Statements

There are some phrases used by investors that are contradictory, for example:

Let your winners run and catch your losers short.

This phrase is used to explain momentum in the investment. Another phrase is:

Nobody ever went broke by catching a profit!

When would this phrase be used? This phrase is based on simple math by investors and is used to justify not really knowing when they want to take a position off, and they want to walk away and put a winner up on the board.

Brain Myth: Humans use only 10% of their brain or do they?

Brain Myth: Humans only use 10% of our entire brain

This is a myth for sure and possibly the greatest urban legend of the brain. First, it is not feasible to quantify how much of our brains we do use. Secondly, using 100% of our brains would likely result in seizures and hallucinations as your motor and visual cortex would be firing full time. We are not going to develop super powers, such as seeing into the future or ESP through increased use of our brains. The human brain is amazing and active, even during sleeping. For more about your brain and sleeping read Matthew Walker's book Why We Sleep: Unlocking the Power of Sleep and Dreams.

Investing Myth: Short sales are the Inverse of a Long Sale

Not really, a short sale is more complicated than just the inverse of a long sale. Rarely is the simple inverse of a long sale the best path, but it can be. In general a short sale is a stock that the investor thinks will drop in value over time and they don't want to hold onto it. For more on the background of short sales click here. A second strategy for managing short sales, would be the 'value worth catalyst'. In which an investor finds something expensive and a catalyst, that will cause the market to realize that there is a big disconnect between the actual value and the market price. The 3rd strategy for managing short sales, would be the 'low quality company strategy'... in a tail spin and they can't come out of it. Warren Buffet is a supporter of the short sale - consider his success before discounting the short sale.

For more HOW TO details on short sales, listen in at minute 15.33 on Mental Models Podcast: Investing Brain Myths Debunked and Winning Strategies: #12.

Are they and what does that even mean?

Research suggests that analytical thinkers are left brain thinkers. The left brain is associated with calculations, logic, cognitive psychologists, and investors. Do strengths in these areas make an individual more analytical and strategic in their thought process? YES! The right brain engages with artistry and overall creative pursuits. Research on the the difference of the left or right brain was conducted in the 20th century, through cutting out brain sections and damaging sections of the brain to determine the effect. Split brain surgeries, is where the corpus coliseum is cut between the 2 brain hemisphere, which look identical but process information differently. These surgeries were conducted with the effort to control epileptic seizures from crossing over to the other hemisphere. A grand mall seizure is when both the right and left sides of the brain are impacted by a seizure. The split brain surgeries were oversold as a remedy for epilepsy, as one hemisphere doesn't make a good unit for processing information. 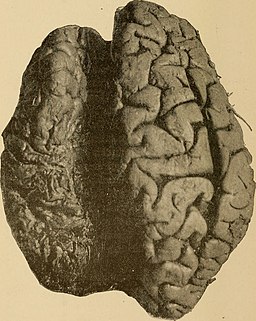 Left and right side of the brain after split brain surgery

Growths are high rates of revenue, but in certain circumstances they have no growth at all. Values equal high earning but no growth

Related to business it is necessary to identify the value or growth capability of the business, but this is not reasonable since it's unlikely to look into the future and know if the business is competitively situated.

The truth is emotion and reason work together and we use both often in concert. For example, consider the characters from the original Star Trek television series. Dr. McCoy was all emotion, and Spock the second in command with blue blood, and pointy ears was all reason. Captain James T. Kurk of the Starship Enterprise represented the frontal lobes of the brain, because he was the Captain and made final decisions, just as our frontal lobes do. In almost every show Captain Kurk would sort through Dr. McCoy's emotion and Spock's reasoning debates. Ending with a decision for the crew of the Starship Enterprise that was based on both emotion and reason.

In support of the positive links between emotion and reasoning is research was conducted with stroke patients. These stroke patients had damage to the xx area of the brain leaving them without emotional guidance. These stroke patients would make poor financial decisional in daily life. But, it lab based tasks they were good at memory and intelligence tests. Reason and emotion are more intertwined than with think. Emotion is likely part of every decision we make!

Investing Myth: A monkey cannot out perform an Investment Professional

Maybe a monkey could out perform an investments professional, by throwing darts at a dart board. BUT, it is very unlikely, since the monkey won't have his darts hit the top 10% every time. These are the 10% of stocks that out perform every-time. Definitely a myth! 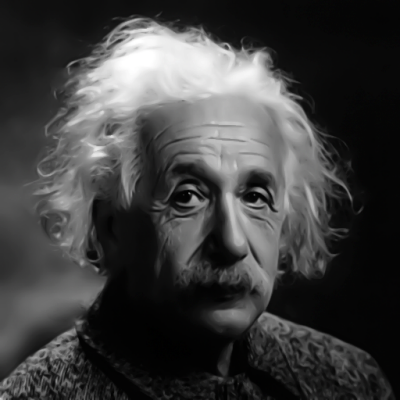 No that is a myth, Albert Einstein had 2 brain lobes, just like the rest of humanity. How do we know that for sure? In the story told by Professor Scheibel to Dr. Daniel Krawczyk at the University of Southern California, was a neuroanatomist of the day removed Albert Einstein's brain in 1955 after his death. For almost 25 years, Dr. Harvey was the only person with access to Einsteins brain, and many neuroanatomist wanted to study Einstein's brain. In the end Dr. Harvey shared ice-cubed sections and slides of Einsteins brain with neuroanatomists around the world.

Imagine receiving in the mail a a jar previously used for Kraft Miracle Whip mayonnaise with an ice-cubed size of grey matter, labeled 'Albert Einstein's brain'!

Well if you were a neuroanatomist, you would be thrilled. Many of these ice-cubed size brain sections were lost. However, Arnold “Arne” Scheibel who taught Dr. Daniel Krawczyk at the University of Southern California was given access to four of these brain sections from his mentor and wife, Professor Marian Diamond at the University of California, Berkeley. This particular section of Einsteins brain was of the parietal section, which is responsible for processing sensory information within seconds. Dr. Diamond and her team including Dr. Scheibel were able to count Einsteins' glial cells, and learned that Albert Einstein had more glial cells per neuron in the inferior parietal area than the average male brain. This finding may account for Einstein's amazing math skills. Interested in learning more Albert Einstein's biography, click here?

There are many myths that surround investing and behavioral finance. These myths can decrease your profit margin. Guard against these myths by checking your process, asking questions, and not assuming you know everything. The investing and brain myths we have presented are just a few.

Do you know of any Investing Myths, Brain Myths or Behavioral Finance Myths you would like debunked? Share they with us on our web site so we can debunk them for you and your friends: https://www.mentalmodelspodcast.com/questions-you-want-answered-tell-us.

Money and Your Brain: How Cognitive Biases Impact Investing